Home Tips & Tricks How To Root Android Without PC

How To Root Android Without PC

written by The Tricks

Hey Guys I m back with a Special Trick for rooting an Android phone of any kind. With this trick, you can also root Android 6.0+ Marshmallow Without a PC or Laptop.

Before going to steps just know something about root. 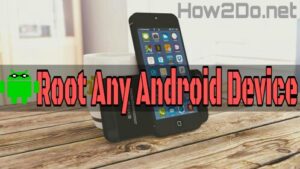 Rooting is the process of allowing users of smartphones, tablets and other devices running the Android mobile operating system to attain privileged control (known as root access) over various Android subsystems. As Android uses the Linux kernel, rooting an Android device gives similar access to administrative (superuser) permissions as on Linux or any other Unix-like operating system such as FreeBSD or OS X.

Rooting is often performed with the goal of overcoming limitations that carriers and hardware manufacturers put on some devices. Thus, rooting gives the ability (or permission) to alter or replace system applications and settings, run specialized applications (“apps”) that require administrator-level permissions, or perform other operations that are otherwise inaccessible to a normal Android user. On Android, rooting can also facilitate the complete removal and replacement of the device’s operating system, usually with a more recent release of its current operating system.

Root access is sometimes compared to jailbreaking devices running the Apple iOS operating system. However, these are different concepts: Jailbreaking is the bypass of several types of Apple prohibitions for the end user, including modifying the operating system (enforced by a “locked bootloader”), installing non-officially approved applications via sideloading, and granting the user elevated administration-level privileges (rooting). Only a minority of Android devices lock their bootloaders, and many vendors such as HTC, Sony, Asus, and Google explicitly provide the ability to unlock devices and even replace the operating system entirely.[1][2][3] Similarly, the ability to sideload applications is typically permissible on Android devices without root permissions. Thus, it is primarily the third aspect of iOS jailbreaking (giving users administrative privileges) that most directly correlates to Android rooting.

How To Root Android Mobile?

KingRoot Is One Of The Best Rooting App For Android. It Works In Some Devices Like Oppo, Intex, Micromax, Gionee, Karbon, Lyf, etc. all MTK Devices. (Personally Tested)

Here Is The Download Link for All Versions of the KingRoot App, Try One By One And Find Out Which One Is Work At Your Device 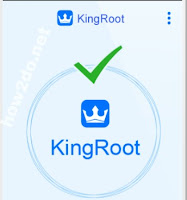 Process
1.) First Download The Latest Version of kingroot then Install And Open It At Your Device.(If you get INSTALL BLOCKED then Go To Setting>> Secuirty>> Tick On Unknown Sources (✓) then come back and turn Off Your Mobile Data or WiFi Connectivity ).
2.) After successfully Installing open KingRoot and turn On Your Mobile Data or WiFi Connectivity. (Must have good internet speed, minimum 100KB/s)
3.) Then wait some seconds and  Click On Root Now.
4.) You will see your phone is rooting, Wait Few Minutes It will Reach 0% to 100%. (If It Is Fail Then Try Older Version Of The King Root and follow this process).

This App is Very Powerful To Root Most Of The Devices of good security. Mainly for Samsung Devices. 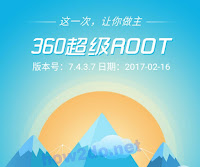 First Try The Latest (3-4) if Not Success Then Try Previous Version.

Process To Root With 360 root

1.) First Download and install the latest version of 360 Root from the given link or from anywhere.

2.) Open 360 root and click on ROOT. It will take a few minutes to root your android device.

*This App is in Chinese language once it Success Install KingRoot Then Uninstall 360 and this has another name called Prem Root.

I tried so many times to root my mobile which has Android Marshmallow 6.0. But today I really Root My Android 6 with this trick. With i-Root App.

This App is Specially For Jellybean And Marshmallow Devices.

1.) First go to the given link and download the latest version of i-Root.

3.) Click On Root and wait until you get success.

*Try 3-4 times For Each Version you will get success. 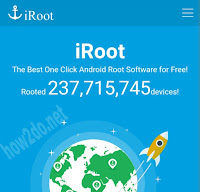 I hope you got the technology How To Root Any Mobile, How To Root Android Marshmallow Android 6.0+. If you get any problems with rooting your phone please make a comment on the below box.

How To Send Blank Message In WhatsApp [100% working]

How To Enable UnRead Count Badge...

How To Install Custom ROM In...

How To Get ATM Card Without...

How To Do Paytm KYC Online...

How To Make Money From Flipkart...